The model for Henri Matisse's Woman in Blue was Lydia Delectorskaya, a beautiful young Russian émigrée who worked for the artist during the last twenty years of his life. Like many of the portraits Matisse painted in the late 1930s, this work focuses on a dramatic costume rather than on the personality of the sitter. Using fabric that Matisse had bought in Paris, Lydia made the sumptuous violet-blue dress herself. The resulting concoction, which appears in several paintings of this period, was intended to be worn only in the studio and was held together by loose stitches and pins. The artist considered Woman in Blue his best picture of 1937, and, indeed, the simplicity of the composition is striking, with its restricted palette of red, yellow, blue, black, and white. Ten photographs (now in the Museum's archives) taken over the three months that Matisse worked on the picture prove that this was a hard-won solution. The first version of the picture shows a relatively naturalistic composition of a woman leaning to her side, and is full of much greater detail and depth. Only gradually did the present state of the painting evolve, with its flat picture plane, Lydia's rather inexpressive face, and her boldly exaggerated right hand encircled in beads. Melissa Kerr, from Masterpieces from the Philadelphia Museum of Art: Impressionism and Modern Art (2007), p. 144 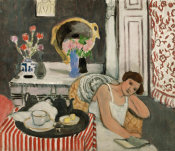 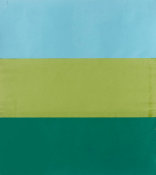 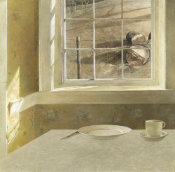