A member of the Neo-Concrete group in Rio de Janeiro in the late 1950s, Helio Oiticica has come to be recognized as one of the key artistic figures of the postwar period. Be an Outlaw, Be a Hero was Oiticica’s contribution to Exhibition of the Flags, held in Rio in 1968. On the flag is the dead body of Manuel Moreira, known as Cara de Cavalo (“Horse Face”), a bandit from the shantytown of Mangueira in Rio. At the time of his death in 1966, Cara de Cavalo was considered a romantic fighter for the rights of the disempowered, and his assassination by the paramilitary group Esquadrao da Morte was a clear sign of the deteriorating political conditions in Brazil, where military rule had begun in 1964. Cara de Cavalo was also Oiticica’s friend and lover, and the flag is a deeply felt homage, both public and private, from one of the most radical artists of the second half of the twentieth century to an individual who represented a relentless and uncompromising search for freedom. Carlos Basualdo, from Philadelphia Museum of Art: Handbook. Philadelphia: Philadelphia Museum of Art, 2014, p. 373 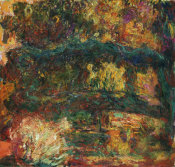 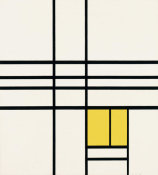